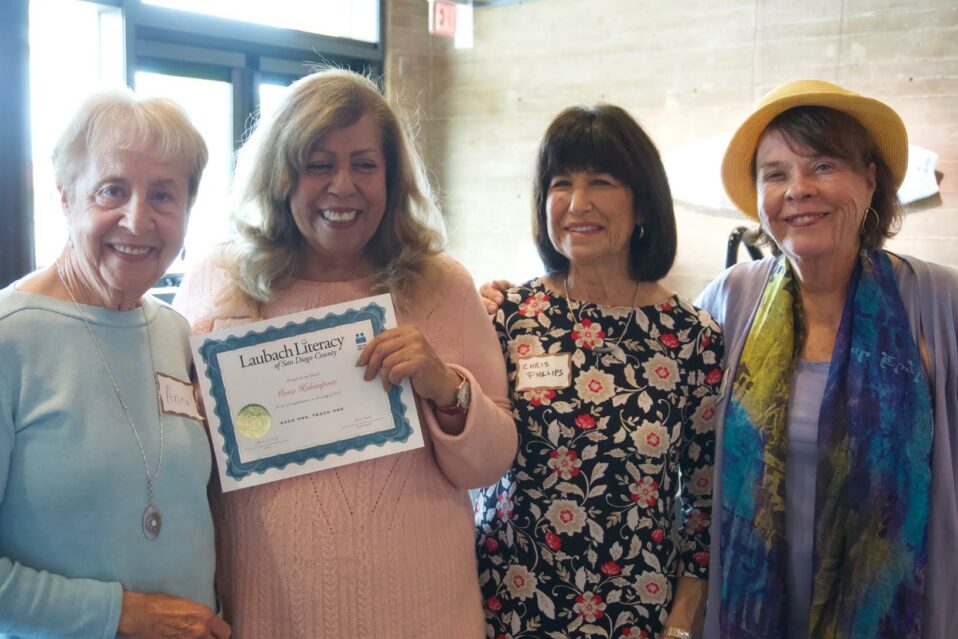 In 2011, after many long years of waiting, Mona was given permission to leave Iran and come to the United States. Being able to communicate well in her new country was a priority for her, so one of the first things she did was to enroll in an Adult ESL class at Mesa College. While there, she met Maria coincidentally our Outstanding Student in 2013 — who told her about Laubach at Bayside Community Center, and Mona decided to add our class to her schedule so she could more quickly achieve her goal of studying literature at Mesa.